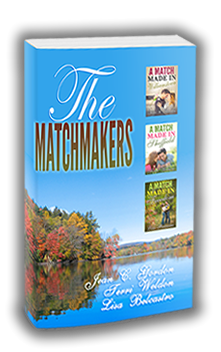 Ellie Alexander is in love. And the only thing sweeter would be if Libby, Natalie, and Stephanie, her three unmarried, unattached granddaughters, could find the same happiness. Maybe with a little help from her and her beau Blake Parker . . .

A Match Made in Williamstown — Libby Schuyler has avoided dating since her break-up with college-sweetheart Jack Parker. Out of nowhere, Jack shows up claiming Ellie is swindling his grandfather, Blake, through a travel agency partnership they’ve formed. Libby and Jack team up to protect their grandparents and get to the bottom of Ellie and Blake’s business and romantic relationship. While Libby and Jack fight their reignited attraction, Ellie and Blake conspire to bring the two together.

A Match Made in Sheffield — Natalie Benton bounced from one foster home to another until she landed on Ellie Alexander’s doorstep. Natalie’s vagabond childhood caused her to yearn for a secure life, which led to Natalie’s five-year plan: complete her law degree, marry the perfect man, become a partner at Montgomery, Haynes, and Preston, and produce one child. Getting arrested wasn’t in Natalie’s plan. Needing a public defender wasn’t in her plan. Falling for Grady Hunter, her public defender, definitely wasn’t in her plan. Can Grady convince Natalie there is more to life than her five-year plan? Is Ellie the only one who sees a future for Natalie and Grady?

A Match Made in Freedom — Stephanie Gould loves life on Martha’s Vineyard . . . until she runs into Kay and Tim, her former business partner and her ex-fiancé, who just returned from their honeymoon. Surprised by the heartache she thought was gone, Stephanie heads to the Berkshires to visit family and friends. Arriving in Stockbridge, Stephanie meets Captain Henry Lewis. Little does Stephanie know, her grandmother has already met Henry, and Ellie thinks Henry is perfect. Stephanie has no interest in dating, Henry included. If only Henry didn’t turn up everywhere Stephanie goes. When he walks up beside her at the Norman Rockwell Museum, Stephanie can’t deny her attraction, but she’ll do her best to fight it. 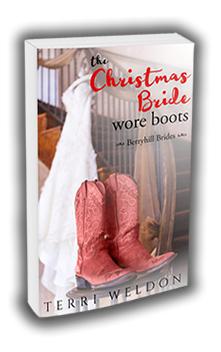 Pastor Jacob Thompson is in need of a director for the living nativity program and veterinarian Molly Kincaid offers to take on the job. The task involves far more than Molly bargained for, nonetheless she’d do anything to help out the man she secretly loves – even sew costumes or cast eight-year-old Wesley Simpson as an angel.

Jacob’s daughter Emma longs to have a mommy of her own, but the widowed pastor has vowed to never remarry, and isn’t ready to open his heart to love again. Molly dreams of filling the void in both their lives, but fears she lacks the necessary qualities to be a pastor’s wife.

As Molly and Jacob work together on the living nativity, their feelings for one another grow. Will Molly realize she is just what Jacob and Emma need in their lives? Can Jacob be released from his grief stricken promise? Could this unlikely duo prove to be a match made in heaven? 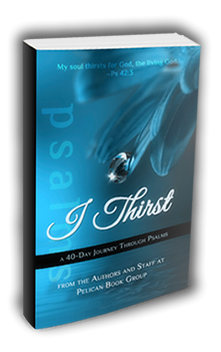 I Thirst: A 40 Day Journey through Psalms

A Lenten Study from the Pelican Book Group Authors. 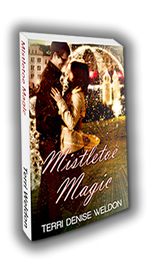 Misty Winslow is determined to find her prince charming. She meets the man of her dreams through an internet dating service. Or is he? Because the new dentist in town sets her heart a flutter. It’s love at first sight for Tyler Davenport, but before he can finish his first root canal Misty is involved in an exclusive online romance with Wes99. Tyler begins to get jealous of Wes99, his online persona! Soon he’s pulling out all the stops to woo Misty. As Christmas approaches Wes99 and Tyler both ask her to meet them under the mistletoe. Which man will she choose? 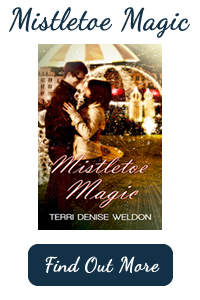 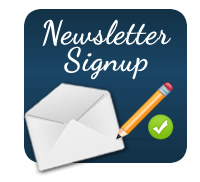